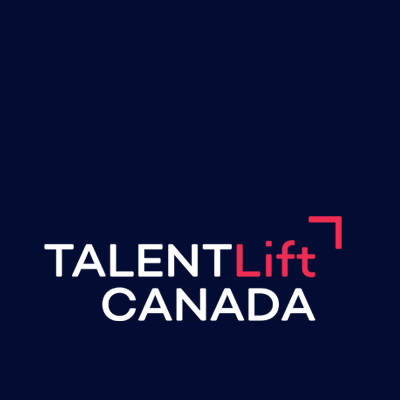 There are photos of Ranim with children sitting at keyboards during a group lesson. Another photo shows her with one of her students, both smiling and giving a peace sign. She looks happy and the kids look at home with her. Ranim and Adnan taught music together for eight years at their school in Homs, Syria, that they built.

The war began in Syria in 2011 but they stayed with their students, and stopped charging money for those badly impacted by war. This was their home, where their son was born, where they created a thriving business and community. When Adnan began to receive threats, they still stayed.

Adnan is a rock star. He’s a talented guitarist and composer, and made a solo career in parallel to teaching with Ranim. His latest project is an album collaboration with an international network of rock and metal musicians. In Syria during a civil war with outside influences, this close association with Western music became a liability.

A bomb shattered the school in 2018. They lost everything inside. Then the threats became even more serious. One day, Adnan found a photo of himself online labelled ‘wanted.’ So in 2019, they crossed into Lebanon with their four-year old son where they were safe from bombing but not from threats, which followed them, indirectly, as family members got questioned: Where did they go? Where are they hiding?

They hid in Beirut. For three years, keeping a low profile and no online presence, until this week.

A visa for entrepreneurs in the arts

As artists and entrepreneurs, Adnan and Ranim had a visa pathway to Canada, where they have a few close professional contacts that became more like family since they left Syria.

Canada courts world-class artistic and athletic talent through the federal Self-Employed Persons Program. TalentLift’s Legal Director, Veronica Wilson, connected the dots, realizing they were model applicants. Applicants should, according to the program guidelines, “enrich Canadian culture and sports […] for example, a music teacher destined to a small town can be considered significant at the local level.”

Adnan and Ranim dreamed of reopening their music school in Canada – in Parry Sound, where Adnan’s longtime producer lived alongside her partner, himself a musician retired from the rock group Anvil.

It was a big dream to keep alive in small apartments in Beirut as the environment shifted around them. Lebanon entered its own crisis, economic and political, that has seen the currency drop in value by 95 per cent since October 2019. After the explosion in the port of Beirut, life got even harder. Adnan and Ranim saw more children in the streets, picking food from garbage and sleeping outside. Neither of them could work in Lebanon legally or for fear of their safety, and their savings disappeared. Their livelihood arrived in money transfers for rent and food from their adoptive family in Parry Sound.

Unlike traditional applicants to an entrepreneurship visa, Adnan and Ranim had no savings to demonstrate start-up capital for their business in Canada. But they had everything else, and donations in lieu of savings. They laid out their business plan for the new Solo Music School in Parry Sound as a hub for kids and young adults to learn music and express themselves – it would be an inclusive space, teaching vocals and multi-instruments, celebrating the diverse sounds of everyone. With their staff costs low, donated musical equipment, and $20,000 raised in donations, their start-up costs would be minimal and covered until revenue from their classes came in. Despite their talent and business plans, the couple’s visa pathway to Canada was more complicated than it should have been. Eventually approved, it was a long road.

Their story builds the case for expanding efforts to improve access by displaced talent to the full suite of Canada’s skilled visa pathways. Canada has pioneered the Economic Mobility Pathways Pilot (EMPP) to overcome barriers like those faced by Adnan and Ranim, but it’s limited to a selection of programs not including entrepreneurship ones. The proven solutions behind this pilot can extend to all visa pathways, to court entrepreneurial talent from displacement too, where ingenuity and resilience have had to soar.

The trio arrives in Canada

Their little boy is now seven years old and when he learned their visas were approved his first breathless question was, “I get to go to school?” A video from the airport on the way to Canada shows him jumping up and down on the spot, a big smile breaking out in excitement. A video from much earlier, from their apartment in Beirut, shows him rocking out on a drum set that Adnan fashioned using scrap plastics. He’s a little musician and budding mathematician, and has the coolest hair you can imagine, long braids good for jamming.

In five years from now – which is possible to see in this country – Adnan and Ranim imagine their school is thriving. It’s a place people are proud to be part of, which links and opens cultures to one another. Kids are learning new skills. Adults too. Maybe there’s a band formed among the students that’s ready to play around the community.

Their immediate dream is even closer to reach. Adnan said it’s to “live in peace, and free without fear from anything. Like any normal person.”

TalentLift is grateful for the support of our partners at Talent Beyond Boundaries for their longstanding support for the family, at Miles4Migrants for relocating the family to their new home, and at Secular Rescue and the Centre for Inquiry Canada for their remarkable financial and moral support during a long journey. TalentLift is also grateful to a wide group of friends and family for their donations to start up the family and Solo Music School in Parry Sound.